Conclusion: The results support the proof for the hepatoprotective potential of the CPLE extract with potent antioxidant activity and enhanced liver enzyme level. The observed activity could be due to the presence of bioactive compounds as identified by GC MS analysis. 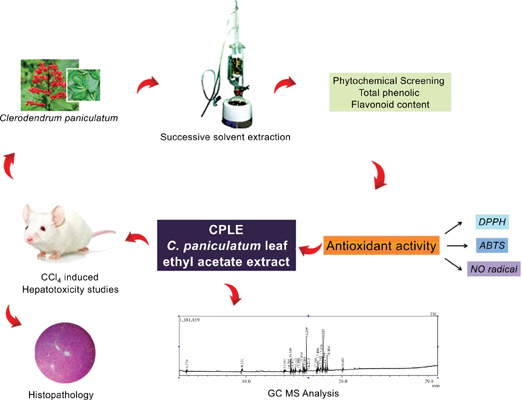